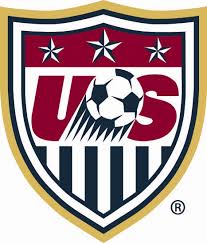 As expected, the U.S. has advanced past the first round of World Cup Qualifiers with a 9-0 aggregated victory over Barbados, a team chiefly made up of amateur and semi-pro players. Nothing wrong with 9 goals, but that was 8 in the first leg and a single goal this last weekend on the away leg. You could just point to the scoreboard and say, “mission accomplished,” but then you’d risk appearing as clueless as the last guy to utter that phrase.

It wasn’t about the result in this round, it’s about how the U.S. played and continues to play under Coach Bob Bradley. Look back to the three previous friendlies against England, Spain, and Argentina; look back further to other games and last summer’s Gold Cup and you see a team that doesn’t seem to know how they should play. And so they play listless, boring, defensive soccer. The kind of soccer that earned Bradley his ‘Bunker Bob’ moniker back when he coached the Metrostars. END_OF_DOCUMENT_TOKEN_TO_BE_REPLACED