Over at Beery Method, Nick has been busy with the design, illustration, and general creative goodness.  Everyone who knows Nick will agree that this time of year holds special appeal for much of his work, and right on cue he’s hosting an Urban Undead event with D-Structure San Francisco, this Friday, Oct. 2.  If you are Nor-Cal inclined, check it out on Facebook or via his blog.  The event will also launch Defiant Apparel, which will no doubt provide more quality weirdness.  Also looking forward to some views of the Pulp Street characters – parade-style muppet heads with gruesome wit and charm – perfect for October.

And next week brings the Legion of Doom Feat show, featuring Nick, Xavier Lopez, and Jesse Link.  One suspects this will be a busy month tor Beery Method.

I’m eager to acquire some custom T’s, but of course wary of explaining the nuances behind something like the ZOMBEAZY design to the wee ones here in Beemsville.  I suppose I will just have to bide my time patiently like the Great Old Ones before making my purchase…

Most people who watch a little TV or listen to local radio will have noticed the political campaign ads have begun.  How quaint they are.  How droll.  And while it’s always amusing to see which side can capture the most awkward and embarrassing photos and video footage of the other, the actual content of the messages is barely informative and often downright insulting.

The politicians in Illinois (notoriously slow learners) have discerned the following from Blago’s last two successful campaigns:  raise vast sums of money to overwhelm your opponent with media, then promise a bunch of crap over and over and over.  Eventually the rubes will buy in.  The cycle starts again, and they head back to Springfield for more bilking and jiving.  Sure we’ve had impeachment, scandal, political gridlock (even though one party has a virtual stranglehold on the Capitol), and most importantly, $13 billion in debt.  The question is, will these Least Common Denominator ad tactics work again this time?

END_OF_DOCUMENT_TOKEN_TO_BE_REPLACED

The game was kind of a snoozer – a predictable exercise in who had the will and beef to run the ball more effectively.  The Illini prevailed as they should against a smaller conference directional school, though as Tupper points out, this is the kind of game Illinois found a way to lose last year.  Are the Huskies any good?  Time and the MAC will tell…

One thing’s first certain though:  the Illini are better than Notre Dame right now.  At least we have that going for us.

Now it’s a bye week and then a major step up in competition as OSU comes to town.  Five points in your football analysis pentagram…

END_OF_DOCUMENT_TOKEN_TO_BE_REPLACED

Everyone can appreciate a good bit of video propaganda, especially one like this – the creation of a teenage dude with his tivo and the latest in affordable home editing software…  Especially in a World Cup year marked by such riveting melodrama…

Of course there’s nothing like some skillful editing to shape your recollections, but my theory that we’ve been routinely hosed pretty badly by the refs in this decade’s World Cups seems even more evident in Dying Bravely. The video also reinforces the fine lines between victory and defeat.  Torsten Frings arm in 2002, Reyna hitting the post in 2006, and all those chances against Ghana that could’ve gone in…

And yet this is why we love the game.

Of Pearls and Swine

It may have taken 20 years, but Bruce Pearl, alleged human being and coach of the Tennessee Volunteers basketball program, may finally get his.  The story broke late last week.  The Vols are being probed for both football and basketball recruiting violations (the SEC motto:  If you ain’t cheatin’, you ain’t tryin’), and Pearl made it worse by lying to NCAA investigators.  And we quote him:

What is Pearl now – 60?  And he’s just now learning that lesson?  In Illinois this comes as no surprise.  We’ve known this man for a sleazy, lying, do-and-say-anything-to-get-ahead scumbag since he single-handedly scuttled Lou Henson’s hoops momentum in the early 90s over the recruitment of Deon Thomas.  Yet you won’t find any mention of Pearl’s involvement in that travesty with the above-linked ESPN news story, and Michael Rosenberg, college basketball writer for Sports Illustrate apparently needs to brush up on his history as well (referring to Pearl as a heroic whistle blower?  Ugh.  Get your facts right before going to press…)

END_OF_DOCUMENT_TOKEN_TO_BE_REPLACED

Beemsville is now 100% Droid compatible, what with the wife’s new Droid X and the newly installed WordPress app for the phone.  So far I’ve noticed a synching issue with the app, but overall it seems pretty handy.  With the google voice rec software and a little hand editing I should be able to do short blogs from the phone without much trouble.

We went with the Droid X instead of the Droid II for the screen, thinking the oncreen keypad would suffice.  It’s not as good for text entry as a qwerty keypad, but the voice rec more than makes up for this.  So far we really like the android OS, and most of the apps we’ve tried  have worked.  We have everything from the barcode scanner, to a math quiz app for the girl, to daily Chuck Norris fun facts, to a nutrition tracker.  Since android is for and by Google and we are a Google-using family, we immediately had serious compatibility with most of our other platforms.

Battery life is something of a problem when using all the apps or heavy media use.  We’ve quickly learned not to leave home without the power cord.  Another complaint would be Verizon’s heavy-handed fees for enabling the mobile hotspot capability.  They hit you with another $15/month (plus additional for heavy data use) above and beyond the high fee you’re already paying for unlimited data use.  So, technically the unlimited data use is limited.  It’s a bummer, but having read and heard about the problems the phone companies are having with meeting smartphone data usage needs, not a surprise.

The best thing so far about the Droid has to be the geek factor.  It’s like Spock’s tri-corder – you’re very own customizable handheld computer.  Now if we could just get on track with the flying cars…

The series is over.  The Fighting Illini are 0-fer.  Missouri can look forward to a couple of cupcakes and then the final version of the complete Big 12 North, and most likely another bowl game.  Meanwhile, Illinois has a couple of dogfights on the horizon with the two state directional schools you don’t want to see this year.  SIU is Top 5 in 1AA, while Northern has been gradually improving for a decade.  I’d rather be playing EIU, WIU, or ISU.

Mizzou football is where Illinois should be.  We should be able to compete for conference championships more than once a decade and we should be in decent bowls more often than not.  But we aren’t, which is why Ronnie the G continues to take heat despite his many other victories as an AD.  At least we can move on to a softer schedule the next few years in an attempt to rediscover early season momentum.  We won’t see the Tiggers for many a moon barring some weird post-season pairing, and that’s fine by me.  Here’s your final Arch Rivalry pentagram… END_OF_DOCUMENT_TOKEN_TO_BE_REPLACED

Divisions and other drek 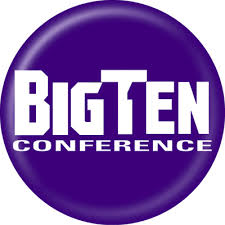 As nervous Illini fans prepare for the annual season-opening fiasco against Missouri, the Big 10 has announced the two divisions accompanying Nebraska’s entry into the conference.  Since we’re not sure what the hell to call these things, we call upon folks to get creative with the divisional names.

The venerable one thinks this shakes out pretty well for the Illini, with Northwestern as the protected rivalry game (even though we can never seem to beat them) and guaranteed yearly games against Indiana and Purdue.  He also points out we play pretty well against the Buckeyes, even though they’re nearly always more talented.  Tupper  in Decatur pretty much agrees.

Me, I don’t know.  I think I’d rather swap places with Minnesota and play against the PC Load Letter teams, but that’s just a gut reaction.  In the end it won’t matter that much, but I am disappointed we will only see the likes of Iowa a couple of times a decade. Looking at the schedules, you get two cross-divisional teams rotating every two years.  This means it will be years before we see Nebraska – barring, that is, some sort of  strange pan-dimensional Big 10 Championship occurrence.

END_OF_DOCUMENT_TOKEN_TO_BE_REPLACED 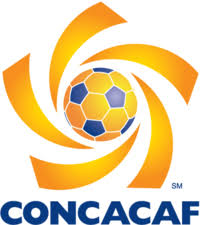 Two posts in one day, both with similar themes regarding rivalries, divisions, and blatant cash grabs.  Upon request of certain longtime readers, we begin with the proposed realignment of CONCACAF World Cup qualification.  Read about it here.  Basically, CONCACAF wants to abandon the hexagonal, in which the top six teams from the semifinal rounds play home-and-away to determine the top spots for the World Cup.  Instead they propose to go to two rounds of group stages culminating in two four-team groups for the final round.  The winner of each group qualifies automatically and the two second-place teams playing off for the third automatic qualifying spot.

The reason we don’t like this is simple:  The U.S. and Mexico are virtually guaranteed to be the top two seeds, which means they will be in separate groups.  Which means we can no longer look forward to playing El Tri home-and-away during qualification.  No more trips to the Azteca; no more showdown in Columbus.  It’s a major bummer because this has become a true rivalry and the U.S.-Mexico qualifiers provide the kind of intensity and emotion you can only find at the World Cup. END_OF_DOCUMENT_TOKEN_TO_BE_REPLACED

Yes, in a move many predicted by many but few endorsed, Bob Bradley has re-upped for another four years as the coach and mastermind for Team America.  U.S. Soccer Federation headpiece, Sunil Gulati formally re-introduced Bob yesterday after purportedly meeting with Juergen Klinsmann (the popular choice) in California last weekend.  Bradley had been mentioned as a possibility for several coaching vacancies in England, and with the recent memories of  the second four-year term of previous coach Bruce Arena, many U.S. Soccer-philes were ready for some new blood.

Not so fast, says Gulati!  We like stability, we like the results of the last two years (well, most of them), and Bob is our kind of guy; i.e., he’s not going to make waves with youth player development and he understands the idiosyncratic nature of MLS scheduling conflicts.  Well, OK, if that’s going to be your criteria…