Yesterday FIFA confirmed what many have long suspected about the rulers of international soccer – they’re more interested in bribes and their own egos than what’s good for the game and its fans.  Using their secret-ballot elimination round voting (in which the participant with the least amount of votes is eliminated until you have a winner), the 22 voting members of the FIFA Executive Committee (two of the committee were suspended from voting for attempting to take bribes) awarded the 2018 World Cup to Russia and the 2022 World Cup to Qatar.

This wasn’t about who could provide the best cup experience for the fans, sell the most tickets, provide the best security and infrastructure.  It wasn’t about growing the sport.  It was politics, plain and simple – the kind of politics with which those of us who live in Illinois are painfully familiar.  This was a money and legacy vote.

Russia could make a legit claim for 2018.  FIFA had already confirmed that a European country would host in eight years, and the Russians would be the first former eastern bloc nation to get the call.  They also had one of the weakest bids in terms of stadiums, infrastructure, etc.  But they more than made up for that with lavish lobbying, petro-dollars, and a corruption-friendly environment.  England had the strongest bid from this group, but British journalists were responsible for the sting that fingered the two corrupt FIFA execs, the BBC has been outspoken critics of FIFA for years, and their culture is not very tolerant of bribery.  So England was the first country eliminated.

Qatar is the real head-scratcher.  It’s 120 in the summer.  There are security concerns.  They have no soccer tradition and few stadiums.  Ah, but all that wonderful oil money…  The Qatari bid included a promise to build these space-age outdoor air conditioned stadiums, then ship a portion of them to poorer less fortunated countries.  They paid off world stars like Zinedine Zidane to serve as spokesmen.  They certainly spread a little of that oil money around and treated the FIFA execs in the five-star manner in which they’re accustomed.  Perhaps even more importantly, a Qatar World Cup in an Arab/Middle Eastern country gives Sepp Blatter (the head of FIFA) another arrow in his quiver to construct this mythical legacy of his – the one that in his mind will get him a Nobel prize.

And who did Qatar beat out?  Australia (strong bid, great place), Japan/Korea (strong bid, great places, but they hosted in 2002), and the USA (strongest bid, period).  Qatar did this by playing the politics the way the FIFA elites like them.  Like the Brits, we’re a little less apt to pay bribes, and little more committed to ideas like merit, equality, and transparency.  It’s a huge disappointment for soccer fans in this country.  It’s another opportunity lost on many fronts.  And yet it could yet turn out to be a huge mistake for FIFA.

But in the USA, FIFA knows they have a place that could host a World Cup at a moments notice, and 12 years is a long time .  Sepp Blatter and his ilk are getting long in the tooth, and he’ll surely retire in the next few years.  Just like I didn’t want to believe that FIFA would go ahead and confirm our worst suspicions about them as an organization, I’m still not ready to truly believe that the Cup will be in Qatar in 2022.  Maybe, as some have written, this puts in the driver’s seat for 2026.

The USA bid included a who’s-who of politician and celebrities, but maybe they were missing one important piece: 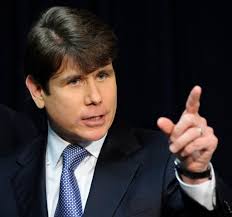 Maybe ol’ Blagojevich and his Chicago-style antics would have come in handy.

One thought on “World Cups for Sale – Sold”