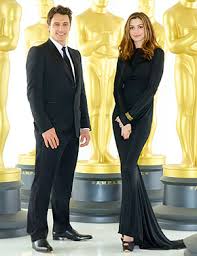 We used to get pretty excited around Beemsville come Oscar time.  There were discussions with co-workers and friends about the Golden Globes as a predictor.  There were parties with pick ’em pools and drinking games.  Even more telling, we used to see all the Best Picture nominees before late February (OK, we might have missed one of the more obscure films from time to time…)

Then we had kids.  Now we just don’t get out to the movies as much.  It’s not really a lament for me, as I usually find myself less than enthused or entertained with so many of the films (including some of those up for nomination last night).  I’m also highly annoyed by our local movie theater chain, AMC, with it’s Springfield-area monopoly and increasing prices.

So with all due respect to The King’s Speech, which we’ve wanted to see since December, and movies like Black Swan, The Kids are All Right, and The Fighter, for which we decided, eh – we’ll wait for Netflix, we barely knew the Oscars were up this weekend. END_OF_DOCUMENT_TOKEN_TO_BE_REPLACED