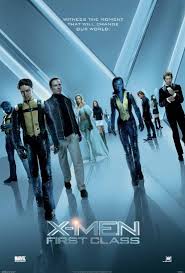 With the release of X-Men: First Class this weekend, the superhero summer is certainly upon us.  This isn’t the first such summer.  Comic book properties have more than a decade of box office success to draw on now, and while some may lament the dearth of truly original storytelling this trend has helped facilitate, the comics fans among us have generally cheered the results.  You will see a certain segment of the geek world cheering the box office returns, living vicariously through the profit margins.  At Beemsville, we’ve long been more interested in the narrative and whether the character or comic book ensemble gets a fair creative shot on the silver screen.

This is a weird summer; however, with no truly A-list-to-the-general-public characters (no Batman, Superman, Spidey), but plenty of beloved comic book heroes with long histories and strong followings.  It’s worth noting that most of these movies don’t feature a lot of A-list stars, but rather good known quantities in the lead roles.

Marvel’s Thor has lead the way in admirable fashion (full review here).  The early reviews of the X-Men prequel have been positive, and though it will mess with the purists’ heads on facets of the X-mythos, we’re glad to see the mutants looking strong.  Later this month is DC’s only offering, with Ryan Reynolds’ portraying Green Lantern.  Hopefully this film is good, because GL has always been a personal fave with a lot of cinematic potential.  In July we get another of the Avengers prequels from Marvel with, Captain America.  Not sure what to think about this one, and I’m worried about the film spending too much time in the World War II setting rather than the more interesting aspect of Cap – how he deals with the present once revived from suspended animation. END_OF_DOCUMENT_TOKEN_TO_BE_REPLACED