Checking in with the Sad on Vacation crew and their latest on the mean streets of Chi-town with America’s latest youth craze:  Street Bowlers.

Gotta love the weird juxtaposition of 80s Public Service Announcement/distraught documentary interview.  These guys are good.  A lot of TV show could do a lot worse than hiring Mark, George, and company to write and create for them.

Check out a recent Saddest Hits montage here for more skit comedy goodness.  If you get the chance to take in a show by these guys – in Chicago or elsewhere – don’t miss it.

It’s that time of year, with the temps dropping, the leaves starting to turn, and the cinema offerings a little less popcorn and a little more mature.  You usually get a few decent horror movies this time of year, and maybe something with a little Oscar buzz.  You may also find those really good films that they weren’t sure how to market, so they didn’t try to pack them into the busy summer schedule.

So here are five fall movies we’re looking foward to…

The Illinois football team defeated Arizona State 17-14 on Saturday to go 3-0 and crack the Top 25 for the first time in awhile.  It was an ugly game, marred by penalties and mistakes on both sides, with the defenses dominating for long stretches.  Most people picked this game as a shootout, with someone needing to score 40 to win.  While that didn’t happen, the Illini win has kicked in this little-known concept of momentum, and that result along with the how the schedule could play out make the result pretty enough.

This game broke some streaks for the Orange and Blue, including a long stretch of futility against Top 25 foes (ASU was #22 last week) and the non-conference Top 25.  It’s the first time starting the season three games undefeated in years.  Perhaps most importantly, the Illini came from behind in the 4th quarter to actually win a game at the end.  This simply has not happened the last three years, with the team dropping virtually every close contest in the final frame.

Now it’s time for two more home games in which the Illini will be favored:  MAC opponent Western Michigan this week and Northwestern the week after.  Win those two and how you have yourself some serious momentum – just what the program needs.  Five points in the Pentagram:

END_OF_DOCUMENT_TOKEN_TO_BE_REPLACED

In Brief:  Conan – Cimmeria is the 7th compilation of Dark Horse’s excellent Conan series, which brings the barbarian back to the land of his origin after years abroad adventuring, plundering, and reaving.  Written by Timothy Truman, art by Tomas Giorello and Richard Corben, colors by Joes Villarrubia.

Pros:  This is the real Conan – Robert E. Howard’s Conan.  Expertly characterized by Truman, with beautiful, savage artwork.  The story has a mythic yet grounded quality.

Cons:  The cartoonish artwork of Conan’s grandfather’s interwoven story could have been better.  Reading this just makes you wonder why Hollywood didn’t contact Truman and series originator Kurt Busiek to write the recent movie.

Full Review:  The prologue begins with a view of an old typewriter, Weird Tales magazines on the desk and boxing gloves hanging from the wall.  It’s Howard’s room, of course.  Flowing into his haunting poem, Cimmeria, which he penned in the Texas hill country back in 1932 when the idea of Conan was being conceived, we see the view of those hills and a transition to Conan returning to his bleak homeland.  A bloody encounter with a band of Vanir raiders; we know we’re in good hands with this book.

Dark Horse has received many accolades for their series of Conan comics, which began back in 2004 and has continued intermittently since.  This offering by Truman and company is up to that standard.  The story begins with Conan crossing back into his northern homeland of Cimmeria in mid-winter, several years after leaving to adventure in the more civilized lands to the south and east.  He’s not sure why his feet have pointed him north, other than a certain wistfulness and yearning to be away from the treachery and double-dealings of the southrons.  It echoes that time in all our lives when we’ve gone away from home and out into the world for awhile, and now we return.  A few changes, but much has stayed the same.  So it is with Conan – only with much more grim-eyed slaying. END_OF_DOCUMENT_TOKEN_TO_BE_REPLACED

No, not the inter-tubes, but the original boob-tube, as the Fall TV schedule begins.  One aspect of the programming that’s been apparent for years:  sci-fi is so mainstream these days, it’s hard to separate it from the rest.  In fact find me an angsty teen drama that doesn’t have a ghost, vampire, or paranormal twist…  Please.

And while we don’t spend as much time watching these days, there are a number of sci-fi flavored TV shows we’re looking forward to or will at least give a chance.  Some returning, some new.  The will go on the DVR, and some will make our cut while others won’t be able to command our short attention span.  Here they are:

END_OF_DOCUMENT_TOKEN_TO_BE_REPLACED 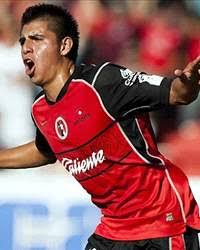 While the US Soccer team was stumbling to another pair of losses in last week’s international window, young attacking mid Joe Benny Corona suited up for Mexico’s Under-22 team in a friendly.  Would Corona, who is also eligible to play for the USA and El Salvador, have had a tougher decision if the USA was also playing a U-22 game last week?   This begs the question – why doesn’t the US field a Junior Varsity (U22 or U23) team and schedule some friendlies?  And what would such a team look like right now?

Rather than rehash and analyze the losses to Costa Rica and Belgium (is it hypocritical to admit that you sorta miss the empty bucket?), we thought we’d look at some hypotheticals.  After all, the Olympics are next summer, and that is the official Under 23* tournament.  US Soccer will be fielding some kind of qualifying roster soon.  So realizing that some of the Olympic-age players are already firmly established on the full national team, realizing that the Fed has not yet named their Olympic Coach (or U20 for that matter), and admitting that I have not seen some of these players (other than highlights and on FIFA 11), here’s a stab at our current JV roster, with help from Wikipedia…

END_OF_DOCUMENT_TOKEN_TO_BE_REPLACED

Pros:  In the title role, Momoa has some convincing movements, and Lang makes for an excellent arch-villain.  The set designers and artists have created a convincing Hyboria, and the action is full throttle.

Cons: The tired old revenge-cliche forms the spine of the plot, which is an opportunity lost, considering the breadth of Robert E. Howard’s source material.

Review:  The latest offering of Conan the Barbarian starts well enough, with none other than Morgan Freeman providing the voice-over narration – the classic introduction to Conan of Cimmeria as penned by Robert E. Howard in the very first short story so many years ago.  But then, about a paragraph in, the narration breaks from Howard’s prose and drifts into the tale of an ancient magical artifact, the Mask of Acheron, that was eventually sundered in scattered by tribes of men to prevent its evil use.

Standard fare.  And I’m sitting there in the theater thinking, Why?  Why go this route?  Just stay true to the source material!  Other fans of Robert E. Howard likely had similar reactions, and this is pretty much the theme of my review for this movie.  Why take this iconic character down the familiar, well-worn path?  Don’t want to lay blame on the writers (who nonetheless missed some hanging curve-balls with this script), but rather look at the producers, who most certainly squashed anything creative ideas they perceived as outside the realm of the standard Hollywood take on action/fantasy.  This is truly a shame, because the cast seemed capable of more, the set-designs – echoing Frank Frazetta and the old Marvel magazines – are evocative, and the action/stunt/fighting team is first-rate.  Much like the recent Wolverine film, I found myself lamenting a colossal missed opportunity for something more memorable and unique.  Dark Horse Comics got it right with their re-telling of some of those classic Howard stories.  They stayed close to the source material, their writers steeping themselves in the original prose.  The screenwriters and producers of this movie should have followed suit.