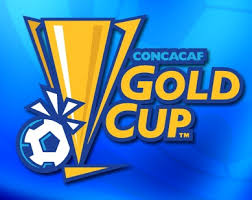 The CONCACAF Gold Cup has begun, with a couple of surprises – including Mexico’s opening match defeat to Panama.  For us it really gets started tonight as the USA takes on Belize in Portland (10:00 CST, Fox Soccer).  Only in CONCACAF does the regional championship routinely feature ‘B’-level squads from its top two teams, yet those teams (USA and Mexico) still expect to win.

This year’s Gold Cup is a little different, though.  This year’s winner will square off against the 2015 winner for the right to go to the 2017 Confederations Cup in Russia (the World Cup Warm-up event that just finished in Brazil).  So the Gold Cup does matter this time.

The tourney is also a nice way for the CONCACAF bureaucrats to make some money, get their teams on TV, and get some of the smaller teams more competitive.  Bonus points if you can guess the number of Cubans who end up defecting, and the number of unknown MLS signees-of-the-future to be seen in this Gold Cup.

Most importantly, the Gold Cup is a chance to see some National Team fringe guys and depth guys make their case for inclusion in next summer’s 23-man World Cup Roster.  Five points we will be tracking throughout the tourney: