With Sportscenter on in the background this morning, and we’re waiting for some MLS Cup coverage.  Never heard it; never saw it..  ESPN – you fail.  Again.

Plenty of analysis on mediocre NFL Quarterbacks, reactions to the College Football playoffs.  Plenty of noise about QBs who aren’t even playing – Manzeil and RGIII.  But three good minutes on the championship of Major League Soccer?  Not saying it wasn’t in there somewhere, but I sure didn’t see it.

And it’s not like they were lacking stories…  Back and forth match, extra time heroics from Keane, and Landon’s final game! END_OF_DOCUMENT_TOKEN_TO_BE_REPLACED

TV executives know we’re home and watching, and they oblige us…  Lots of sports programming available for consumption, and in Beemsville that meant Fighting Illini basketball the last two evenings.  Nice wins over Indiana State and Baylor to take the Las Vegas Invitational tourney.  This hoops team is Aggressive with a big ‘A’, allowing them to win even when shooting poorly.  Very fun to watch, and we’ll break them down later.

This morning we have some English Premier League.  No games really stand out this weekend, but hey, it’s on.  Then we have Illinois vs. Northwestern at 11:00.  Two 5-6 teams battling for a low-level bowl…  Battling for the Abe Lincoln LOL Hat…  Battling for state supremacy (not really, because NIU is better than either)…   It’s the Illinois Pension-Reform Bowl.  Whoever wins, the citizenry come out a little poorer…  And yes, most likely, Tim Beckman’s job hangs in the balance.  Like any true Illini fan, I’ll be rooting hard to beat Fitzee and the ‘Cats, but as an objective watcher of the program, I won’t be too sad if a loss initiates a coaching change.

This afternoon we have the second leg of MLS Eastern Conference Playoffs:  New England vs. New York in Foxborough.  The Red Bulls are down 2-1, needing some goals, and their top scorer is out with yellow cards.  Can the old warhorses, Henry and Cahill summon forth the magic again?  Tomorrow we get Seattle vs. LA from Century Link Field in the Western Conference.  The Galaxy hold the 1-0 advantage here and looked much the better team in the first leg, but Seattle are so tough at home.  LA will have to score to close this out because the Sounders are going to get some goals.  Should be a fun one:  Dempsey, Martins, and Yedlin v. Donovan, Keane, and Gonzalez.

This past weekend saw the end of the MLS regular season, with the New York Red Bulls winning the Supporter’s Shield and #1 playoff overall seed.  Several other teams, including the Chicago Fire, saw their seasons end.  The playoff race was tight, with only a few teams out of the running for a spot.  The remaining teams are good squads, most of whom should feel they have a shot at going on a run to MLS Cup.  When you think back to the recent past, before expansion, you might have 8 of 12 teams make the playoffs.  And some of those teams were bad.

Speaking of bad, we will once again attempt to prognosticate and pick our playoff bracket.  The results of recent year’s predictions would have been truly hilarious if not for our safe choice of picking the L.A. Galaxy from the west…

So anyway, here’s the bracket:

We have no theme.  We’re random on a Saturday.  It’s comics, soccer, football.  Let’s start with this:

That ending just makes way more sense…  And. of course, the biggest news out of Comicon in San Diego was the Superman-Batman movie announcement.  Odds that Superhero movies have moved on from the general public wheelhouse by then?  I don’t know…  Maybe they should enlist Jeph Loeb to co-script.

I think I need the ‘Because I’m Batman’ t-shirt.

In other news, we did not get tickets to the USA-Mexico World Cup Qualifier at Columbus Crew Stadium in September.  They had to do a lotto for the chance to buy overpriced tickets, and neither me nor my co-worker friend were selected.  Now U.S. Soccer was very gracious and even offered a merch discount on my next purchase…

END_OF_DOCUMENT_TOKEN_TO_BE_REPLACED 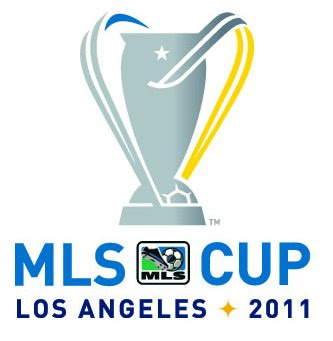 L.A. hosted the cup, and the Galaxy hoisted the cup after beating the Houston Dynamo 1-0 last night.  The result was fitting on many levels – and not just because it gave the league the dream finale, complete with David Beckham riding into the sunset as a champion.

Most importantly, L.A. were the better team, playing well, manufacturing chances and getting a quality goal from Landon Donovan after a smart header by Beckham and a quality lay-off from fellow Designated Player Robbie Keane.  The Galaxy played Arena-ball to the T, as they have all year, countering quickly, maintaining their defensive shape, and taking advantage of just having better players in key spots.  Coach Bruce Arena set this team up to take advantage of Donovan’s and Beckham’s strengths and his own philosophy and last night was a perfect example. END_OF_DOCUMENT_TOKEN_TO_BE_REPLACED

A little more than a month into the Major League Soccer season, and a few troubling themes have emerged for the league.  To be fair, it’s debatable whether these are themes, trends, or more symptoms of the way MLS is structured and organized. 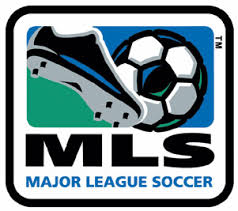 It starts with the horrific injuries to talented attackers.  Two weeks ago, Seattle Sounder and speed merchant Steve Zakuani fell to a scissor tackle from Brain Mullan.  The tackle was late, clumsy, and had nearly no chance of getting the ball.  Zakuani’s ankle was broken and dislocated – he’s out for the season.

A few days later, the reigning league MVP, David Ferreira of FC Dallas was scythed down by Jonathan Leathers.  The tackle was late, clumsy, and had nearly no chance of getting the ball.  Ferreira suffered a broken ankle, likely out for the season.

Cali Camp and the year to come

U.S. Soccer’s annual SoCal Training Camp is well under way, ushering in the year.  2011 will lack the drama and draw of last year for the team (naturally), but it still has several themes and events worth following for fans.  The Training Camp, which always includes MLS and Scandanavian-based players on break from their leagues (and therefore not all the A-team), sets the tone with a number of youthful call-ups.  Saturday’s (Jan. 22) friendly against Chile is the culmination of this camp, giving some young and otherwise unknown players their shot.

Coach Bob Bradley brought in a youngish group, with many of the call-ups eligible for next year’s London Olympics.  Some of these guys, we’ve barely heard of – especially those with dual-citizenship (like Ukrainian-American and Russian-based Eugene Starikov) or guys who skipped MLS after school with little fanfare.  The objective here is not only Olympic qualification, but getting a chance to evaluate the depth chart before the next cycle of World Cup qualification begins.  See for yourself…

END_OF_DOCUMENT_TOKEN_TO_BE_REPLACED

The regular season ended over the weekend, with L.A. beating Dallas to take the Supporter’s Shield and overall top seed into the playoffs.  The MLS post-season ticket looks like this:

With both the #1 seeds struggling somewhat over the last month, the field seems pretty open.  If we were to pick a team from each bracket not to advance, it would be Dallas in the West and Columbus in the East.  Salt Lake has probably played the best soccer the final month of the season, and San Jose has also looked tough.  Should be fun.

But the real news for Major League Soccer is the retirement of a handful of of stalwarts – guys who’ve been with the league since the 90’s.  Start with D.C. United’s Jaime Moreno, who’s been here since 1996 and retires as the top scorer in MLS.  He saw limited duty this year and only scored from the penalty spot, but he’s been a great asset to the league – both in the early days as a dynamic forward and now as an elder statesmen. END_OF_DOCUMENT_TOKEN_TO_BE_REPLACED

Major League Soccer got under way last weekend, to the relief of its devoted fans.  So many of us have been busy following and worrying about the end of the collective bargaining agreement and the will they/won’t they strike storyline, we didn’t really do as much pre-seasoning and prognosticating as usual.  Of course the players and owners left it until about ten days before the season to finally reach an agreement.   Even over at Soccer by Ives, they were rolling out three, four team-previews a day.

So we’re all a little behind on the MLS scene, but a few developments that will shape and mold the 2010 have already arisen…

Sometimes, when you have to travel you end up in nice hotels that like to charge you for everything.  Including wifi.  Including access to their ‘courtesy’ business center computers.  It continues to baffle me that you can get free internet in a Motel 6 but in higher end joints they gouge you mercilessly.  So I missed a few days, including…